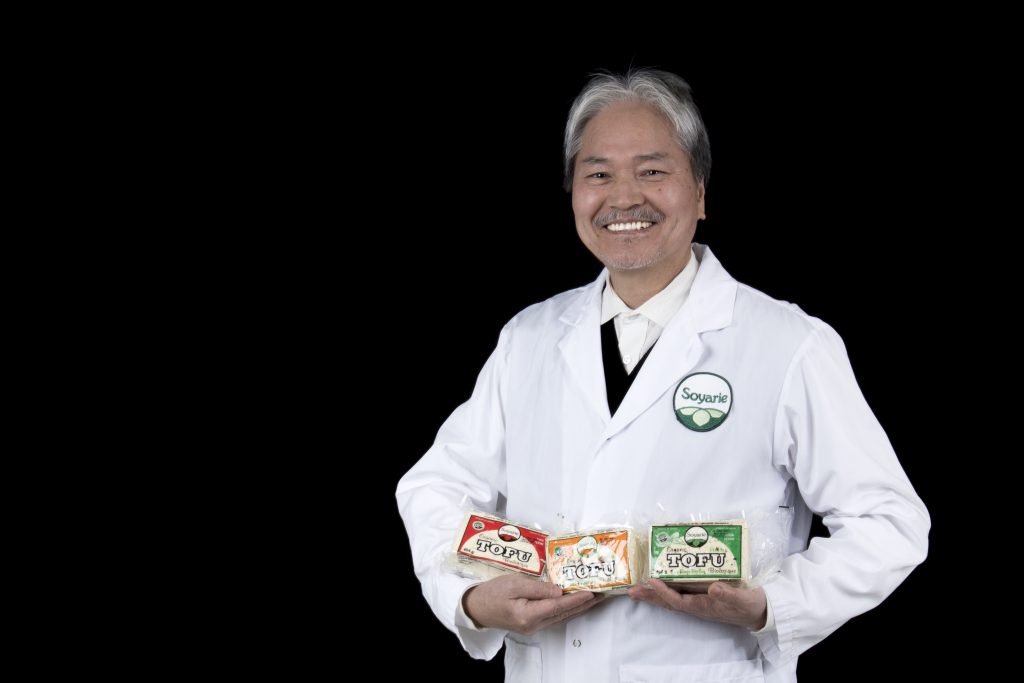 … light up the face of Koichi Watanabe, the founder and creative tofu maker behind Soyarie, Inc.

He is obviously a man who enjoys what he does and takes pride in his business. However Koichi’s road to expertise with tofu was not as easy or straightforward as it could have been, given that his older brother, Masaru, had been in the business of producing tofu for several years. The young Koichi had paid little attention. Ironically, as Koichi explains, “in 1976, I was living in a co-op house shared with hippie friends. One of our friends had The Book of Tofu now considered to be a bible in the tofu industry.

It interested me a great deal and I started to make tofu out of pure curiosity. At the beginning, it was rather mysterious, and of course it was not very good. But, by continuing to make tofu, it (the method) became clearer, and not so mysterious.

And so the story of La Soyarie began.

1979  Koichi started making tofu in his apartment kitchen, producing about 15kg per day. These products were sold in two natural food stores and a co-op.

1979  Within the year Koichi moved into commercial production with his brother’s help. They moved to a bakery in the old quarter of Hull (now the city of Gatineau). Production of tofu and the burger line each grew to 150 kg. per day.

1984  Because of increasing demand and sales the company bought a pressure cooker and new modern equipment from Japan with help from Koichi’s brother.

1989  Again further expansion was needed to meet a dramatic increase in the demand for La Soyarie’s products. The addition of the tofu burger sandwich to the product, a move to a larger facility, a new set of equipment with greater capacity, along with hiring more people, completed this exciting new stage in the life of the company.

1990  The expansion and move in 1989-90 was a risk that Koichi remembers as causing some doubts about the future of the company. But Soyarie not only survived but continued to thrive and innovate.

1995  Soyarie was chosen by Fontaine Sante to supply tofu for their line of tofu spreads, a relationship that continues.

2006  The company name was changed to Soyarie to reflect changes in the marketplace and to attract new customers like a flexitarian consumer base.

2014  While Soyarie is a privately operated company, the values reflect those of its founder, customer satisfaction, as well as, concern for public health and public interests. As Koichi says, “we think we are a public company”.

Asked about what he is most proud of in his company’s history Koichi responded, “when a stranger approached me and said, ‘Your tofu is the best’; that is the time I felt rewarded and proud of our company”.

As Soyarie moves into the future the same the values, insistence on high quality and commitment to its customers that Koichi has established continue to define its progress. 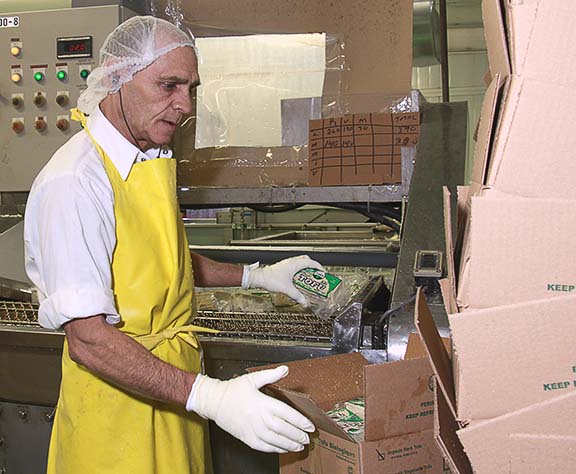 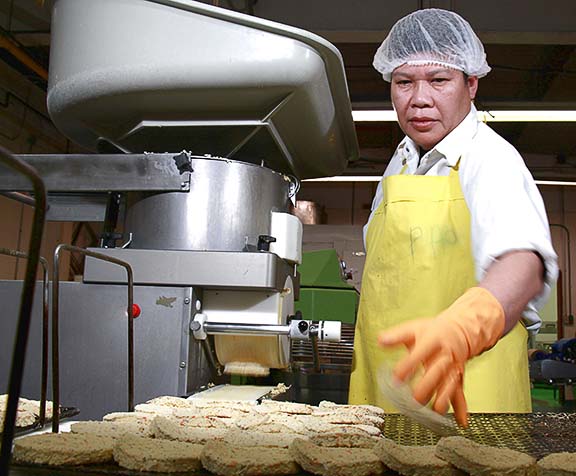